GR 249. Stage 34 Benalmádena - Alhaurín de la Torre. The ravine of the Quejigal pit from the first ramps of the day GR 249. Stage 34. Benalmádena - Alhaurín de la Torre. Panorama from the Puerto Viejo to the path left behind Effects of the shortage in vegetation cover on the dolomite 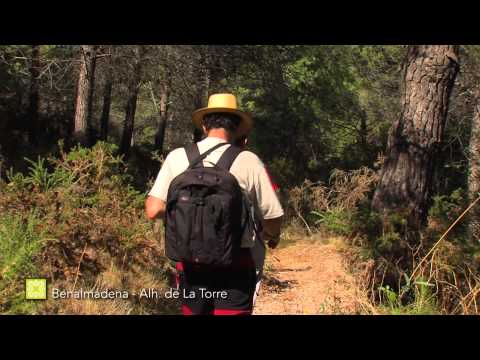