GR 249. Stage 30. Estepona - Marbella. One of the few dune strongholds of the route and of the Costa del Sol GR 249. Etapa 30. Estepona - Marbella. The predominant watchtowers were built in the 16th century GR 249. Stage 30. Estepona - Marbella. Mouth of the Verde River with water in the middle of summer GR 249. Etapa 30. Estepona - Marbella. The new lighthouse of San Pedro a few meters from the old GR 249. Stage 30. Estepona - Marbella. Wide beaches at the end of the Trail in Marbella GR 249. Stage 30. Estepona - Marbella. Winches and traditional boats along the string of dunes 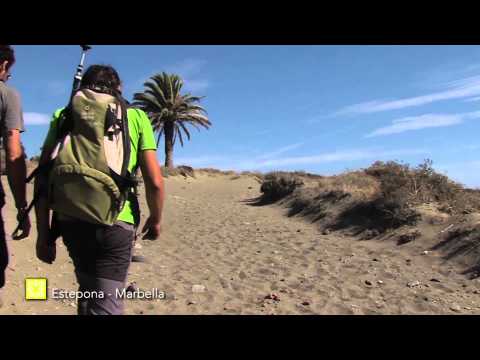