GR 249. Stage 14. Villanueva de Tapia - Villanueva de Algaidas. The rows of olive trees respect the ancient specimens of oak, some of them large and in excellent health 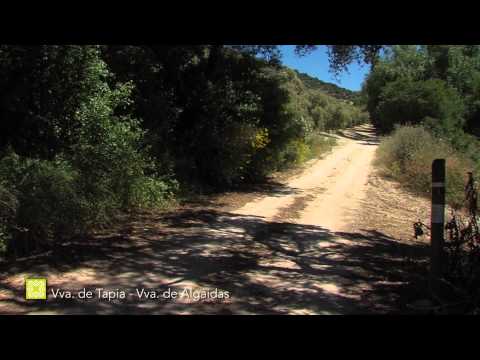 As you enter Villanueva de Tapia you are surrounded by olive trees and this will be the prevailing type of environment during Stage 14. It is still quite easy to picture the forest which must have once covered the area centuries ago, before the land was ploughed and devoted to farming. This is evident when you pass through the patches of young pine woods and by various large holm oaks; however there are only a few of these, they are very valuable to the birds and the fauna in general.  The section along the stream Arroyo del Bebedero shows wealth of riparian vegetation where both holm oaks and Portuguese gall oaks are present.

The presence of such species as rabbit, hare and the Red-legged Partridge, and the presence of mountains nearby, favour the occurrence of large birds of prey; you may see along the way the Golden Eagle, Bonelli´s Eagle and Eagle Owl. In the patches of natural vegetation some woodland species occur, such as Common Wood Pigeon, Cuckoo, Blue Tit, Hawfinch and Cirl Bunting, and the ruined farmhouses support Common Kestrel, Little Owl, Red-rumped Swallow and Blue Rock Thrush. In the open areas you can see Common Stonechat and Raven and in the villages at the beginning and the end of Stage 14 the urban-dwelling species prevail (mainly Eurasian Collard Dove, Common and Pallid Swifts, Barn Swallow, House Martin, Spotless Starling and House Sparrow).

This way goes around the northern part of the Pedroso Mountains, covered in Mediterranean vegetation formed by holm and kermes oaks, evergreen shrubs (type:Phillyrea latifolia) broom and wild olive trees, and then goes down a vast olive trees area up to Villanueva de Algaidas, where you can visit a cave church, carved in sandstone, next to a Franciscan convent.