GR 249. Stage 02. Rincón de la Victoria - Vélez-Málaga. The route of the coastal train is evoked by stations like Rincón GR 249. Stage 02. Rincón de la Victoria - Vélez-Málaga. he Cala del Moral from the Cantal with the Arańa in the background GR 249. Stage 02. Rincón de la Victoria - Vélez-Málaga. In this section you can opt for the tunnels or the walkway GR 249. Stage 02. Rincón de la Victoria - Vélez-Málaga. Next to the Trail you can see the typical native plants of dunes and beaches 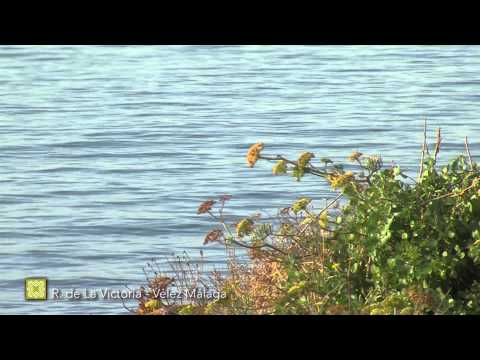 The tunnels in Rincón de la Victoria are a perfect spot for the beginning of the path that, on one side, goes along sandy beaches, and on the other, follows inland trails among fields and reedbeds in the presence of recognizable watchtowers.