7. Hondonero Highlands and Sierra de Camarolos from the birds observatory 12. Path across the oak and maple forest 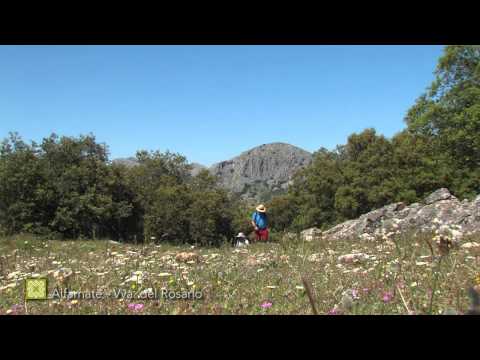 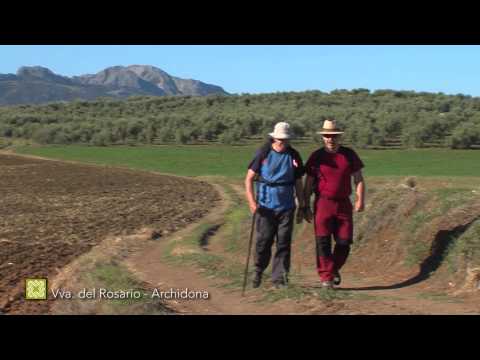 It is the start of Golden Eagleís breeding season what brings us to Hondonero at this time of year as this is an easily accessible place with reasonable chances for good and relatively close views of this majestic bird of prey. Unfortunately, our resident Andalusian eagles, Golden and Bonelliís, are not ìever-flyingî birds like the vultures, so it is now that we can better witness their displaying diving and patrolling flights over their territories. Golden Eagles at Sierra de Camarolos and Jobo prefer the south face of these sierras to hunt so we have to pay attention to the ridges of the rocky hills in order to spot them together with Griffon Vultures, Kestrels, Sparrowhawks and Peregrine Falcons.

The Altos (highlands) de Hondonero extend south of Villanueva del Rosario, on the north side of the Sierra del Jobo, in the Northeast District of Malaga province. The Sierras del Jobo, Camarolos and San Jorge, make up the so called Malaga central limestone arc, separating the Northeast and Axarquia districts, and are included in Natura 2000 Network as Site of Community Importance and Special Areas of Conservation named Sierra de Camarolos (ES6170012). We hope this stunning site will soon be part of the Andalusian Network of Protected Natural Sites as well.

The Altos de Hondonero, dominated by the huge limestone rock of Chamizo peak (the highest mountain in the central limestone arc, with 1,640 m. above sea level), present a mixture of the typical mountain vegetation of southern Iberia (Holm and Portuguese Oaks, Montpelier Maple and Hawthorn), some reforestation stands of Aleppo Pine Trees and the traditional olive groves still subject to some of the old uses like that of separating the properties by using hedges made of stone, Blackberry, Dog Rose and Hawthorn. The abundance of Hawthorn and Olive Trees provides birds with food from the early autumn till the end of January, making this area very appropriate for thrushes to winter.