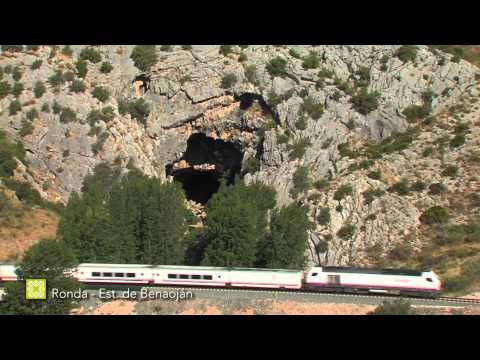 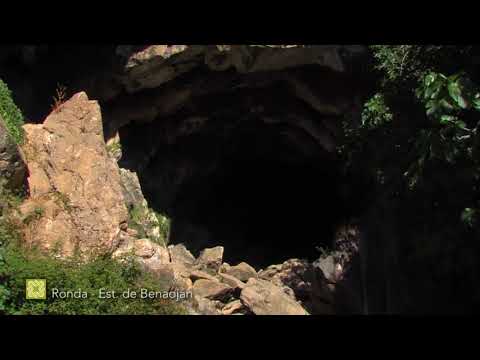 This stage of the walk starts in a built-up zone, yet it includes typical rocky environment ingredients, so frequent in this mountain area. Once you leave behind the Tajo de Ronda and Alameda cliffs, the path leads through farmland where watercourses play a major role. You will be passing through a Stone Pine wood, walking past sizeable riverside vegetation, crossing the river and continuing through a formation of retama bushes mixed with a few holm oaks, wild olives and, at the end, cultivated olive trees on the way to the Puerto de Ronda. From here to Benaoján, cultivated areas intertwine with natural vegetation along the last section which leads to the end of Stage 24, the Benaoján Station.

Stage 24 starts in an impressive environment due to its steep slopes and its sheer size. Here, the rock dwelling birds take over the sky, including such attractive species as Peregrine Falcon, Common Kestrel, Lesser Kestrel, Rock Dove, Pallid, Alpine and Common Swifts, Crag Martin, Black Redstart and the acrobatic flyer, Red-billed Chough, which can be seen mere metres from the bridge, Puente Nuevo. In spite of being so close to town, the first part of the route harbours the Eagle Owl, Tawny Owl, Scops Owl and Barn Owl, therefore a night outing can reward you with owl calls and get you closer to these nocturnal raptors. Close to the riverbed the passerine community becomes visibly richer. There are four species of Hirundines during the breeding season (House and Crag Martin, Barn and Red-rumped Swallow) plus Sand Martin on migration, also White and Grey Wagtail, European Robin, Common Nightingale, Black-eared Wheatear, Stonechat, Common Blackbird, Blackcap, Sardinian Warbler, Great Tit, Eurasian Jackdaw, Spotless and Common Starling, Golden Oriole, House Sparrow, Common Chaffinch, Goldfinch, Serin, Greenfinch, Common Linnet, Rock and Cirl Bunting. As soon as you enter farmland, Crested Lark, Zitting Cisticola and Corn Bunting turn up. Learning Kingfisher´s call will help you find it along the river banks since it is much easier to hear this bird than to see its extremely fast flight.

The mountain environment supports various species of birds of prey at Stage 24, including Griffon Vulture, Short-toed, Bonelli´s and Booted Eagle, Common Buzzard and Eurasian Sparrowhawk, together with previously named species. Noteworthy concentrations of finches and starlings occur in winter, they can happen around La Indiana, including such species as Eurasian Siskin and Brambling also present in the area.

Back in the holm oaks, climbing up towards the Puerto de Ronda, the bird community is boosted by the presence of Hoopoe, Black-eared Wheatear and Western Orphean Warbler, as the most prominent species. Since more rocky outcrops appear, the Black Wheatear occurs and breeding pairs of Black Redstart are present. In the area of vegetable plots the Meadow Pipit, White Wagtail and Stonechat are the most common species. Along the downhill section leading to the station, House and Crag Martins are predominant; they mingle with swifts in their high-speed flights. Species such as Little Owl, Bee-eater, Cuckoo and European Turtle Dove also populate the route of Stage 24.

After a downhill walk to the bottom of the Ronda New Bridge over the Tajo de Ronda (the Cliff of Ronda), a long part of this trail goes along the Guadalevķn-Guadiaro River. Overthere, close to Benaojįn Station you will be able to contemplate underground waters that come out of Gato Cave.