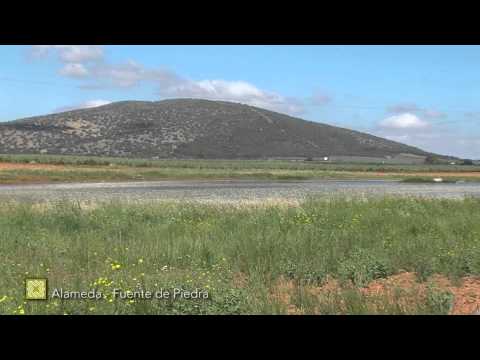 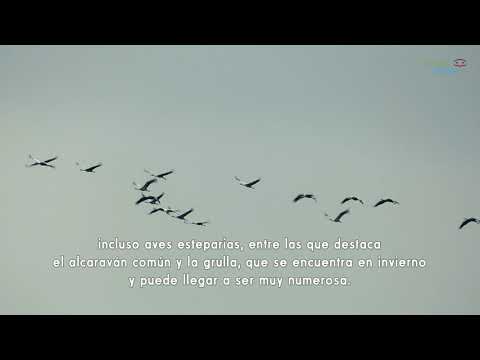 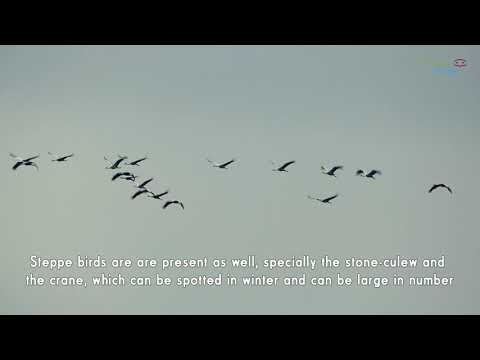 The initial stretch of this stage of the walk takes you along the road surrounded by crop fields, which continue until a small wood of holm oaks and then quite a dense pine wood in Sierra de La Camorra. You will be flanking this sierra around its southern tip, leaving its highest peaks on your right, where you can also see woodland vegetation characteristic to this area; young holm oaks and wild olive trees which stand out because of their round shape. The downhill section leads towards the Santillán, picnic area where the terrain becomes flat and stays that way until you reach  your destination, as you walk past grain fields and olive groves. Once you are at Cerro del Palo, at the end of Stage 17, you will find a few pools where waterfowl are the star species; the pools maintain their water level thanks to the water originating from Fuente de Piedra.

Other birds which occur in the holm oak copses and, mainly, in the pine woods, are Red-necked Nightjar, Stonechat, Black Redstart, Common Chiffchaff, Southern Grey Shrike, Raven and Cirl Bunting. Rufous-tailed Scrub Robin deserves a special mention at Stage 17, a migrating species which spends its winter south of the Sahara desert. In Spain it exclusively occupies the south of the peninsula in an intermittent manner; for the last two decades it has shown an apparent decline both in its distribution area and its population levels. At the moment the causes of the bird´s progressive decline are unknown. Its nesting grounds at Stage 17 are located close to the mountainous section in olive groves, vineyards and the stretches of natural vegetation where wild olive is the predominant plant. The Rufous-tailed Scrub Robin owes its name in Spanish, Alzacola , (“alzar” meaning “to raise” and “cola” being the word for “tail”) to the habit of cocking its tail up as it perches, which makes the bird quite noticeable (the tail is reddish brown with a black and white band at the tip).

In the vicinity of the lake you can see various species of waterfowl flying back and forth from the seasonally flooded areas. Greater Flamingo, Black-winged Stilt, gulls and ducks make up, in most cases, the major part of such flocks.

The Molina Mountains and its replanted Allepo pine woods govern on this part of the route, which goes along the eastern and the southern slope of the range. The steepest part of the mountains, called La Camorra, offers magnificent views of Antequera Hollow.