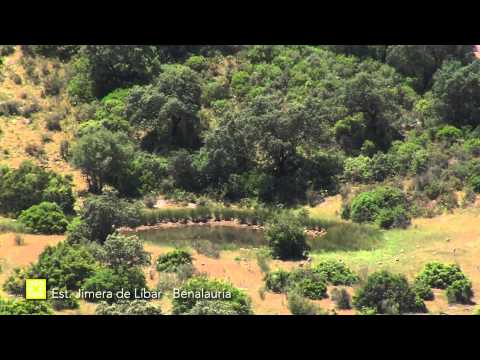 At this stage of the walk you will be crossing pine and holm oak woods, scrub and areas of cereal agriculture. Consequently, the composition of bird species is quite varied.  Although along the whole route you can see rock faces which mark the valley of Río Guadiaro, you will be able to get close to that environment and enjoy rock-dwelling species once you have climbed to the pass called Puerto de Benalauría. Along the last section of Stage 26 you will be passing through chestnut groves which also will be very discernible during next two stages.

Having climbed the uphill section, you will be passing by farmhouses where House Sparrow occurs and in the cork oak areas you may also see Firecrest, Short-toed Treecreeper, Nuthatch, as well as Hawfinch. Other forest species which are present include Short-toed and Booted Eagle, Common Buzzard, Great Spotted Woodpecker and the Golden Oriole in areas with tall riverside vegetation, joined by Nightingale and Cetti´s Warbler. Next, you will be coming to an open area with beautiful views of the village of Cortes de la Frontera on the slopes of the Sierra Blanquilla. Crossing olive groves and patches of cereal fields and scrub you will also be able to see Bee-eater, Black-eared Wheatear, Zitting Cisticola, Melodious Warbler, Woodchat Shrike and Corn Bunting.

Another climb takes you across a mature holm oak wood flanked with hawthorn and to a settlement called Siete Pilas, now directly en route to your destination, the Puerto de Benalauría. Before the steepest climb and outcrops of limestone (which makes up these sierras), you will be passing through open farmland, where it is worth turning around to enjoy the landscape. It is mainly Crested and Thekla Lark, Sardinian Warbler and Zitting Cisticola which keep you company at this point, together with Woodchat Shrike and Melodious Warbler in summer season. Along the climb towards the pass Puerto de Benalauría, among the pine trees, the first rock faces bring the mountain species with them, including Bonelli´s Eagle, Peregrine Falcon, Blue Rock Thrush, Black Redstart (breeding and wintering), Black Wheatear, Southern Grey Shrike, Raven, Jackdaw, Red-billed Chough and Common Linnet, as well as Golden Eagle, Griffon Vulture, and Common Kestrel. This is also a suitable environment for the Eagle Owl. The walk downhill to the village of Benalauría leads through holm oaks where, besides the already named species, you can see the Woodlark.

Remember now to pay attention to the sky to search for birds of prey, listening to the calls of forest birds (the type of species which will take the lead during the next stages), and enjoying the birds as you arrive in the village, greeted by Swallows, Starlings and House Sparrows.

This trail goes through an extraordinary Mediterranean forest, which stretches along the drinking trough and break spot named Siete Pilas (Seven Pools), and afterwards covers the striking chalky mountain Benalaurķa Rock, which is suitable for climbing, and connects the Guadiaro Valley with the Genal Valley.