GR 249. Stage 25. Estación de Benaojįn - Jimera de Lķbar. Benaojįn and its Estación seen from the first hill of the Stage GR 249. Stage 25. Estación de Benaojįn - Jimera de Lķbar. The summit of Cono in the Arroyo Seco marks the middle of the path through las Angosturas 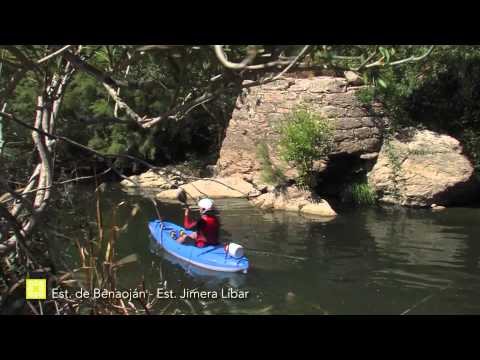 The presence of the river clearly marks the type of bird species you can see at the beginning of Stage 25, soecies which then give way to a community of forest birds in the uphill stretches leading through holm oaks.

The river, present virtually along the whole stage, allows for the presence of large birds such as Grey Heron and even Great Cormorant in winter, on top of the already named typical riparian species of birds.

Stage 25 is highly suitable for watching birds of prey, with such notable species as Griffon Vulture, Northern Goshawk, Short-toed, Booted, Golden and Bonelli´s Eagle, Common Buzzard, Common Kestrel and Peregrine Falcon. Additionally, during migration passage periods you can frequently observe Black Kite, Honey Buzzard, and Hobby. As far as nocturnal raptors, the Eagle Owl is present, plus Tawny Owl and Scops Owl.  Stage 25 also holds Common Linnet and Rock Bunting, which, together with Zitting Cisticola and Crested Lark occurring in cultivated areas, make up which quite an impressive set of species for such a short stage.

This beautiful route goes between holm and gall oaks, poplars and ash trees, follows the railway that stretches from Bobadilla to Algeciras and goes along the River Guadiaro, where you can admire people who go kayaking
in its pure waters.