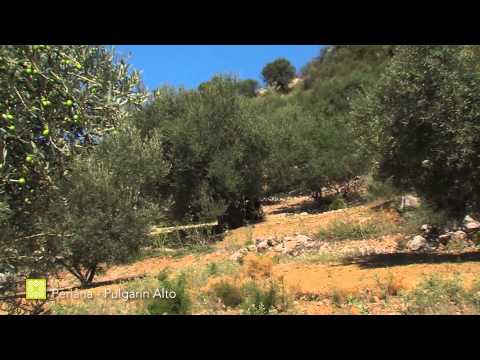 As you leave Periana there are abandoned olive and almond tree groves with a few saplings of young holm oaks which show the potential of the terrain to become woodland. From the beginning you will find species characteristic to open areas together with the typical forest-dwellers, though the latter are small in numbers.

Along Stage 9 there is a mix of holm oak woods, olive groves, grain fields and an area of a low mountain range, containing interesting species. It is worth mentioning that some of these olive trees have been yielding fruit for over a hundred years (some of the olive tree trunks you will be passing by deserve a moment of your attention). In the vicinity of Cortijo de Marchamona and along the last section of Stage 9 you will be getting close to the impressive rock faces which give shelter to some fascinating rock-dwelling species.

At the beginning of Stage 9 you will be able to see Eurasian Collared Dove, Starlings and Sparrows close to buildings, as well as other species, including Crested Lark, Sardinian Warbler, Zitting Cisticola, Great Tit and different species of finches (Serin, Goldfinch and Greenfinch). During spring and summer swifts are constantly present in the sky (paying attention you will be able to identify the Pallid, Common and Alpine Swift) and various species of Hirundines (mainly Barn Swallow, House Martin and Red-rumped Swallow. Before entering an area populated by pine trees  you will be passing by a low mountain range with gorse, dispersed full-sized holm oak trees and some bare rock formations. In this patch the typical rock-dwelling species start to occur and woodland birds are becoming more frequent, especially Blue Rock Thrush and Black Wheatear, joined in winter by Black Redstart in the rocky sections.

In spring you can mainly hear Blackcap´s song which then is replaced by a deep loud clicking sound in winter. Additionally to Blackcaps you can see Eurasian Sparrowhawk, European Turtle Dove, Common Wood Pigeon, Common Blackbird, Song and Mistle Thrush, Golden Oriole and you have a chance to hear Scops Owl, Barn Owl and Red-necked Nightjar at night. Once you leave the cortijo behind, you will be passing through a quite closed-in thicket of wild olive, where, on top of the passerines you have seen so far, the Eurasian Jay is present and it announces your arrival with its alarm calls. Especially in winter this area is populated by birds coming from central and northern Europe which find food and shelter in the wild olives which let them survive the cold months (these mainly include Song Thrushes, European Robins and Blackcaps.

Past the Cortijo de La Cueva you embark upon the last climb amongst olive trees of the verdial variety which end at an area of low mountains and where you can find the Spectacled Warbler during breeding season. Along the last stretch of the walk downhill is lined with unusually thick trunks of olive trees and where the Rufous-tailed Scrub Robin occurs repeatedly and can be seen in spring and summer, however in very low numbers. Local inhabitants are familiar with this scarce bird and recognise its progressive disappearance in recent years.

The main focus now is on the impressive cliffs surrounding Pulgarín; limestone rock faces which are predominant during the next stages of the walk. These wild landscapes are home to rock-dwelling raptors, with such outstanding species as the Bonelli´s Eagle, Peregrine Falcon and the Eagle Owl. The Griffon Vulture also frequents the area however quite irregularly and generally in small numbers.

The stage is distinguished by the contrast of colours created by the Mountains of Arco Calizo (Limestone Arch), a patchwork of fields, Mediterranean scrubland and motionless water of Vińuela Reservoir. At the end of the trail, you will see the imposing rocky mountain tops of Tajo de Gomer and Tajo de Dońa.