GR 249. Stage 08. Canillas de Aceituno - Periana. The hills of the Axarquia, the swamp, Comares and Colmenar from the Path GR 249. Stage 08. Canillas de Aceituno - Periana. Water sports area in one of the meanders of the La Vińuela swamp GR 249. Stage 08. Canillas de Aceituno - Periana. Carob trees among centenary olive trees on the track that ascends from the swamp 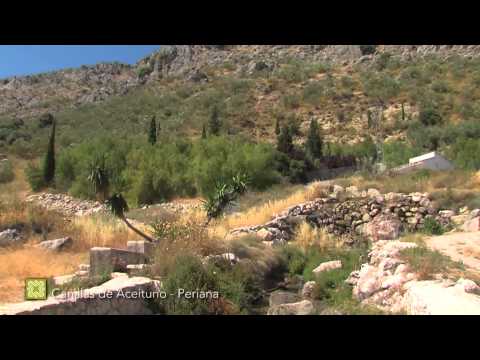 Stage 8 leads through the mountains; in its first section, there are formations of Aleppo pine and rocky cliffs, as well as arable land mostly devoted to cultivating olive trees. The olive groves are mostly young, with a few areas were hundred-year-old specimens are predominant. The walk also passes through some uncultivated areas mainly containing retama broom. This is why during Stage 8 you will principally find birds typical of open spaces and crop fields, with some forest species.

In Canillas, as in villages in previous stages of the walk, you will be able to see bird species accustomed to living close to humans. Barn Swallow, Spotless Starling and House Sparrow are the most common species at the beginning of Stage 8 which soon enters a pine wood. Once surrounded by trees you can find Common Wood Pigeon, European Turtle Dove, Common Blackbird, Common Chiffchaff, Spotted Flycatcher, Great Tit, Coal Tit, Crested Tit, Short-toed Treecreeper and Common Chaffinch. Around the Fájara cave the Blue Rock Thrush and Rock Bunting at the streambed the Blackcap and other typically riverside species such as Wren, European Robin and Golden Oriole.

Before arriving at Alcaucín you will be passing through uncultivated areas and vineyards where Crested Lark occurs, with the typical crest on its head and its cheerful song.

Next, cross the stream and start climbing towards the view of the reservoir called Pantano de la Viñuela, where you can enjoy the view of the Boquete de Zafarraya and La Mesa de Zalia, full of large rock faces inhabited by rock-dwelling raptors visible from the path of Stage 8.

Once you come into the olive groves interspersed with the patchwork of grain fields, the Crested Lark again becomes the star species. In the next section you may see Short-toed and Booted eagles which tend to use this part of Stage 8 as hunting grounds, Bonelli´s Eagle, Common Kestrel, Little Owl, Red-legged Partridge, Common, Pallid and Alpine Swifts, Common Wood Pigeon, European Turtle Dove, White Wagtail, Meadow Pipit, Mistle and Song Thrush, Sardinian Warbler, Woodchat and Southern Grey Shrike, and many species of finches.

The area around Arroyo Seco is a good spot to devote some time to identifying Swallows, as in spring and summer it is possible to find up to 4 species at the same time (Barn Swallow, Red-rumped Swallow, Crag and House Martin) Additionally to the previously mentioned species of birds, the type of vegetation encourages the presence of Blackcap and Black-eared Wheatear.

It is worth mentioning the presence of olive trees with very thick trunks before you arrive at Periana where amongst the Great Tits and Chaffinches you may be able to spot the rare Rufous-tailed Scrub Robin, however it is a bird which is difficult to see.

This terrain is flatter and placed under the steep western side of the Tejeda Mountains with a dense replanted pine wood. The stage goes across undulating ground with olive trees and allows us to enjoy the view of the most important spots in Axarquķa.