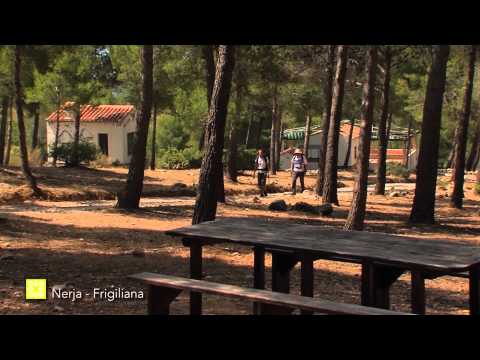 From the very beginning of Stage 5, at the Nerja cave, you will have a chance to see typical forest-dwelling bird communities which become more abundant as you walk up into the pine woods. The impressive cliffs and summits of the Sierra Almijara will let you get familiar with mountain bird species and watch some of the large raptors. The areas of bare rock support species typical of that sort of environment and they are abundant enough to ensure sightings of some outstanding rock-dwelling species; the rock faces you will be passing by deserve a bit of binocular time. The scrub and vegetation around the Río Chillar and Higuerón also mark the presence of characteristic species.

This stage of the walk gets you closer to a mountainous area and because of that you are able to watch mountain inhabitants such as Bonelli´s Eagle and Eagle Owl. At the starting point typical urban dwellers are present (basically Eurasian Collared Dove, House Sparrow, Spotless Starling and Black Redstart in winter), however the landscaped area around the Nerja cave attracts a high diversity of forest species typical of the woods which you will be passing through along Stage 5. This way, from the very beginning you can see Firecrest, Short-toed Treecreeper, Spotted Flycatcher, Great Tit, Coal and Crested Tit and Common Chaffinch.

Along the stage the woodland birds are the most profuse ones, additionally to the above mentioned you can find European Turtle Dove, Common Blackbird, Common Chiffchaff, Eurasian Jay, Common Linnet, Goldfinch, Greenfinch, Serin and Rock Bunting. In winter such species as White Wagtail, European Robin, Song Thrush and Eurasian Siskin also frequent many places along Stage 5. In the surroundings of Chillar and Higuerón rivers you can watch Grey Wagtail, Common Nightingale, Cetti´s Warbler, Blackcap, Wren, Golden Oriole and Cirl Bunting.

The path takes us to the Cliffs of Nerja leant over the Mediterranean and up the pine woods that cover the mountains with the famous Caves of Nerja. Then it continues to the Chillar and Higuerón river flows and the old baptized Moors’ village of Frigiliana.