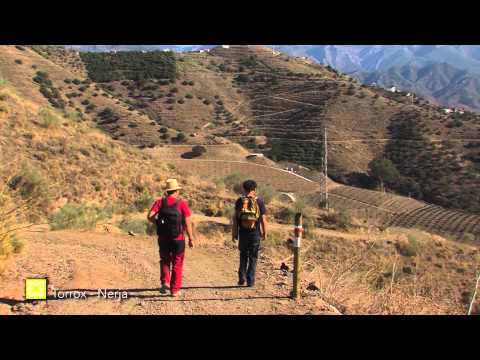 The beginning of Stage 4 is marked by a criss-cross of riverbeds, the type called “rambla”in Spanish, seasonally dry and often serving as a walking path. Typical vegetation of these ramblas are copses of oleander, enriching the bird community when compared to the rest of the stage, occupied mainly by crops. The presence of a few remaining specimens of holm oak indicates the existence of holm oak woods which once must have covered the area, now taken up by numerous subtropical crops. These, in a way, imitate a forest favouring the presence of some typically woodland species. The riverbeds you will cross, mainly the Río Chillar at the end of Stage 4, bring with them the typical species of river environment.

The open areas you will come across at the beginning of Stage 4 with the vegetation mainly consisting of retama and broom contain few bird species mostly including Crested Lark, Common Stonechat, Sardinian Warbler and Goldfinch however you can also see Common Kestrel, Little Owl, Red-legged Partridge, Bee-eater and, providing there are sturdy trees close by, the Hoopoe.

Another predominant type of environment at Stage 4 is the tropical tree plantation, the avocado being the main crop.  In this type of environment you will mainly find Common Blackbird, Great Tit, Spotted Flycatcher and finches and finches such as Goldfinch, Serin and Greenfinch, during breeding season. The list is rounded up by Robin, Song Thrush, Black Redstart, Blackcap, and Common Chiffchaff in winter. You will also be able to see a few Chaffinches where the vegetation reaches tree size and Meadow Pipit, White Wagtail, Woodchat Shrike and Corn Bunting in more open areas. Other species present along Stage 4 are European Turtle Dove, Common Wood Pigeon, Cuckoo, Scops Owl, Red-necked Nightjar, Barn Swallow, House and Crag Martin, Wren, and Raven. At the very end of Stage 4 you will be crossing Río Chillar, where you could spot Little Ringed Plover, Grey Wagtail, Common Nightingale and Cetti´s Warbler, along with typical urban dwellers such as Monk Parakeet, Eurasian Collared Dove, Spotless and Common Starling and House Sparrow.

Along the curvy way that goes across the Port of Torrox, you will go across many tropical farms until you see the source of the Chillar River in Nerja, which is the end of this stage.