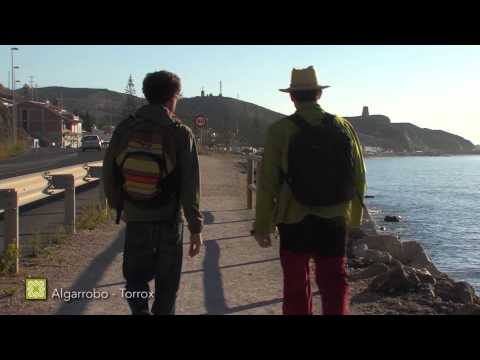 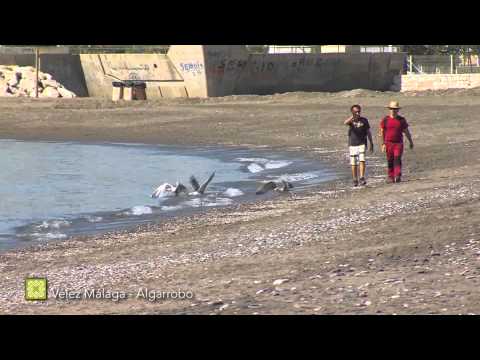 Along Stage 3 you have a chance to see communities of urban-dwelling birds, birds typical of transformed areas covered in ruderal vegetation and, mainly, sea and coastal species as this stage largely runs along the shoreline. You will also be crossing streams and riverbeds, which, in spite of being dry a lot of the time during the year, still bring lots of interesting elements. The highlight here is shore birds, mostly waders and gulls, given the seasonal presence of water at the mouths of the rivers.

In the urban environment where Stage 3 takes you, you will see the Collared Dove, Pallid and Common Swift, Barn Swallow, Blackbird, Spotless Starling and House Sparrow, among other species. During winter you can observe Crag Martins in urbanized areas near the beach as they arrive from higher areas to spend the cold months sheltered near the sea; also Wagtails, Common Chiffchaffs and Common Starlings. The area at the beginning of Stage 3 where ruderal vegetation is predominant, you can watch Common Kestrel, Little Owl, Bee-eater, Zitting Cisticola, Crested Lark, Sardinian Warbler and different species of finches (Goldfinch, Greenfinch and Serin). Upon reaching the coast, birds typical of the marine environment take the grandstand, for example the gulls: Yellow-legged, Lesser Black-backed and Black-headed, Mediterranean and Audouin´s.

Sandwich Terns and waders such as Sanderling and Turnstone are common at the first line of the beach. Cattle Egrets, Little Egrets, Cormorants and Monk Parakeets also show up during Stage 3, together with some specimens of Mallard, Moorhen and Coot in the seasonal pools which tend to appear around the river mouths. Thanks to the closeness of the Vélez river mouth the numbers of species along the coast can elevate greatly during the migration. It is the spring and autumn months when you should pay close attention to anything that flies and you might spot some exceptional species.

From the higher Vélez-Málaga, you can go down the old livestock path, called Vereda del Camino Bajo of Algarrobo,  to its fishing port, and then to the village of Algarrobo along the Mediterranean coast. Following the beaches of villages Mezquitilla, Lagos and El Merche, you will arrive at the outstanding Lighthouse of Torrox and then upstream to the village with the same name. Below this point, you will see the tops of the Tejeda Mountains.